New Westminster is home to many distinct neighbourhoods – like Connaught Heights, Moody Park, West End, Glenbrook North, Massey Victory Heights, Brow of the Hill, Queen’s Park, Sapperton, The Quay, Uptown, Downtown, and Queensborough. But it is also known far and wide for its profound sense of community. 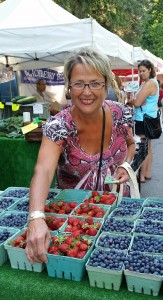 Formerly the capital of BC, New Westminster has a rich history. In fact, our city boasts some of the oldest institutions in BC, such as the former BC Penitentiary (est. 1878) and Irving House (est. 1865). It’s also chock-full of traditions like the annual May Day festivities and is home to a farmers’ market which first opened in 1892. New Westminster is also a culturally diverse city, home to many new Canadians who bring their own new and exciting traditions.

New Westminster is a growing and constantly-changing city attracting many new residents and new businesses every year. The revitalization of our waterfront has been widely-acclaimed – with the addition of the Fraser River Discovery Centre, the award-winning Westminster Pier Park, and River Market (a haven for shoppers and foodies!)

The City of New Westminster is the only city in Canada that has a Living Wage Policy, and is the first local government to issue an apology to the Chinese community for the Chinese head tax.

Artists living in New Westminster are invited to submit designs to be considered for the annual Holiday card sent out by the MLA for New Westminster. One design will be selected that will be sent out to community members. The …

Applying for a child care subsidy, a step-by-step guide for parents

Learn how to apply for a child care subsidy.

John Horgan, Leader of B.C. New Democrats, made the following statement on the occasion of Diwali, Festival of Lights: “As British Columbians of Hindu, Sikh, Jain and Buddhist faiths and backgrounds celebrate Diwali, the B.C. New Democrats wish you a …

There are no upcoming events.